The Animaniacs Want You!

So what are you waiting for? Yakko wants you to get a ticket to Animaniacs Live! for an afternoon with them at this very special event! There’s still plenty of great seats available! 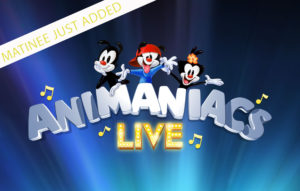