The La Mirada Symphony is proud to be premiering two new compositions by rising composers of our day. The American Masters POPS Concert on Saturday, April 23rd at 8pm will feature the works of Chris Anderson and Cody Gill.

An American Mosaic by Chris Anderson
Chris Anderson is an award-winning composer based in Los Angeles. Originally from Philadelphia, he first learned piano from his grandmother and composes on that very piano to this day. He studied music composition at Hampshire College in Amherst, MA, and film scoring at USC’s graduate music program. He has scored over 60 films, episodic television, documentaries, ad campaigns and fine art installations.Renowned composer David Raksin described Anderson’s work as “a many-layered, intelligent writing: at one moment thought provoking and bittersweet, the next quirky and uniquely humorous.” In addition to “the American mosaic – an unsung requiem”, Anderson recently completed “The Lotus Quartet”, for string quartet, and is currently at work on a song  cycle based on the poetry of Edgar Allen Poe, as well as a recording of his arrangements of the piano music of John Cage.

About An American Mosaic ~
From One…..Many

Wanting to tell a story of a shared and profound sense of loss from many different individual perspectives, Anderson took inspiration from the visual and emotional impact of the Names Project Quilt to write a large-scale musical work similarly constructed: multiple short movements each with their own personality threaded together to form a cohesive whole.

From the bombastic opening chord to its haunting recurring themes, from the melodic to the esoteric, from the inspirational to the political (made clear by the marching in the Walt Whitman inspired ‘and the road unknown’ movement), “The American Mosaic” is an emotional tapestry woven from individual threads. It tells a moving and multi-faceted story – one with no end: this “unsung requiem” leaves off as it begins… on the same chord. 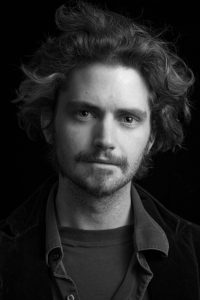 Ignis Fatuus by Cody Gill
A driving beat and dueling strings offers musical images of the American West. Adding to the concert enjoyment will be the screening of the Rocklin Picture short film entitled, Veil, featuring the composer against a dramatic setting.

Until the age of 18, Cody Gill was the farthest thing from a musician and composer there could be. Growing up in a stunt family, he learned how to ride burning motorcycles from the time he was able to walk.  He joined the stunt business at the tender age of 7.

Around the time Cody graduated from high school, he experienced a major epiphany  and completely retired from the stunt industry to dedicate his entire focus on music and its art forms. He started on drums and moved to piano and guitar. His greatest influences were greats like Beethoven, Bach, Thom Yorke, Matt Bellamy and Kurt Cobain, to name a few.

For 2 1/2 years, Cody has been composing and playing live music at The Whiskey A’ Go Go, The Viper Room, House of Blues and other spots in the Los Angeles area.

To work with the La Mirada Symphony Orchestra is a dream come true. I am very grateful to have been given this amazing opportunity.” ~ Cody Gill

Enjoy these new pieces and works of George Gershwin, Morton Gould, and Leroy Anderson at the American Masters POPS Concert Saturday, April 23rd, at 8 pm at the La Mirada Theatre for the Performing Arts. Admission is free; no reservations required. A $10 donation per seat is suggested. A pre-concert lecture begins at 7:15 in the upstairs lobby. VIP Seating (annual donors of $200 or more) begins at 7:30, General Seating begins at 7:45. For more information call 562-941-5779 or 714-521-0774