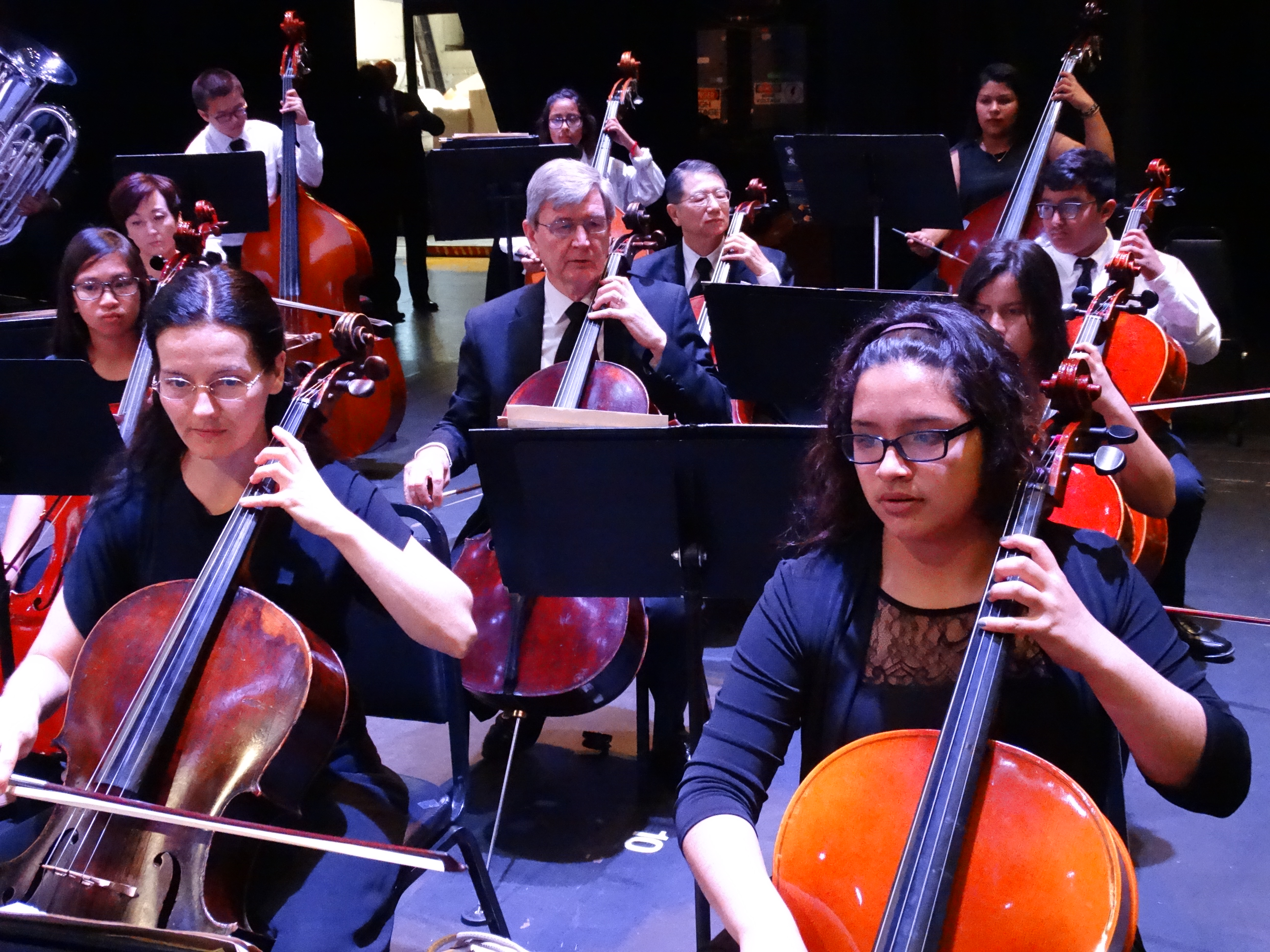 Over two thousand 5th graders from the Norwalk-La Mirada Unified School District attended a free concert performed by the La Mirada Symphony on Tuesday, April 21st,  at the La Mirada Theatre for the Performing Arts.

Conductor Alan Mautner created a program to pique the interest and enthusiasm of the young people present. In addition, he invited four members of the audience on stage to enhance Leroy Anderson’s joyful piece, Fiddle Faddle,  with small instruments, much to the students’ pleasure. 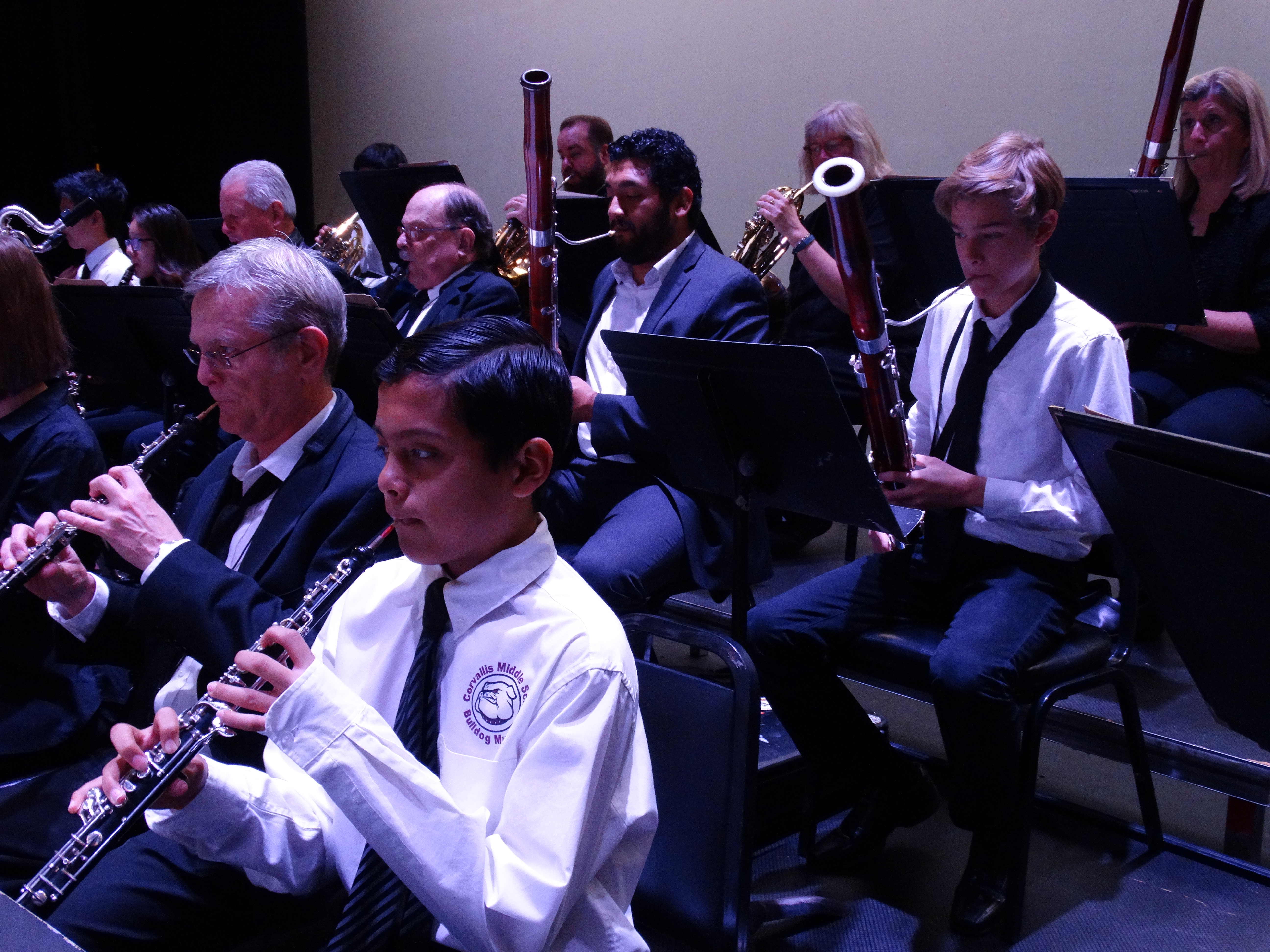 Introduction to the Orchestra by Kraft gave the young audience a chance to hear the sounds of all of the instruments on stage, individually and collectively. Many students were inspired to play instruments themselves and expressed a desire to add music to their curriculum at school.

As a special treat, Alyssa Salas and Kayla Harrell, duo guitarists from La Mirada High School and winners of a competition provided by the Symphony Association, played for the audience.  Their agile finger work produced another inspiration for the 5th graders present.

“Music is the universal language of mankind”  Henry Wadsworth Longfellow.